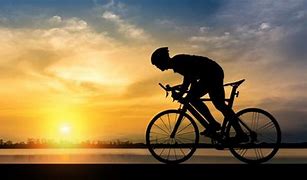 But when it comes to picking a new hobby, there are of course plenty of options out in the world to weigh up, so here’s why we think cycling is the best:

A study by the YMCA showed that people who had a physically active lifestyle had a wellbeing score 32 per cent higher than inactive individuals.

Cycling combines physical exercise with being outdoors and exploring new views. You can ride solo – giving you time to process worries or concerns, or you can ride with a group which broadens your social circle.

Former Hour Record holder Graeme Obree has suffered from depression through much of his life, and told us: “Getting out and riding will help [people suffering with depression]. Without cycling, I don’t know where I would be.” 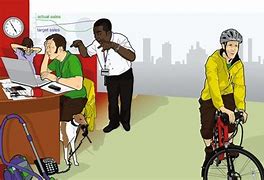 2. STRENGTHEN YOUR IMMUNE SYSTEM BY CYCLING

This one is particularly relevant during the global Covid-19 pandemic.

Cycling can hold back the effects of ageing and rejuvenate the immune system, a study has found.

Scientists carried out tests on 125 amateur cyclists aged 55 to 79 and compared them with healthy adults from a wide age group who did not exercise regularly. 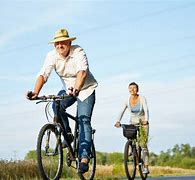 3. CYCLING CAN HELP YOU LOSE WEIGHT

The simple equation, when it comes to weight loss, is ‘calories out must exceed calories in’. So you need to burn more calories than you consume to lose weight.

Cycling burns calories: between 400 and 1000 an hour, depending on intensity and rider weight.

Of course, there are other factors: the make-up of the calories you consume affects the frequency of your refueling, as does the quality of your sleep and of course the amount of time you spend burning calories will be influenced by how much you enjoy your chosen activity.

Assuming you enjoy cycling, you’ll be burning calories. And if you eat a healthy diet that creates a calorie deficit (one that is controlled and does not put you at risk of long-term health conditions, we stress) you should lose weight. 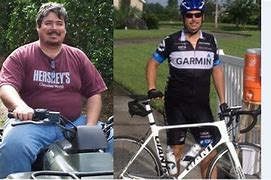 The resistance element of cycling means that it doesn’t just burn fat: it also builds muscle – particularly around the glutes, hamstrings, quads, and calves.

Muscle is leaner than fat, and people with a higher percentage of muscle burn more calories even when sedentary.

To be clear – you won’t end up with quads like a track sprinter unless you invest a serious amount of time at the squat rack. But you will develop a nice toned derriere.

5. YOU CAN ENJOY SECOND BREAKFASTS AFTER CYCLING

If you decide to cycle to work, you’ve got a great excuse to add a couple of extra snacks to your day.

Since a half hour ride to work should be burning between 200 and 500 calories, you’ve got a license to enjoy a smug second breakfast at your desk.

If you’re serious about burning fat, you could do your morning ride fasted (sans breakfast) – but that’s mainly a habit reserved for the most dedicated of riders, and it’s a training tool best used with care, and in moderation – to avoid negative effects on your health. 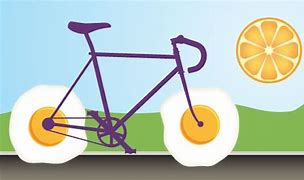 You won’t be alone if this point seems contradictory to common sense. But studies have suggested that people who ride a bike are actually exposed to fewer dangerous fumes than those who travel by car.

A study by the Healthy Air Campaign, Kings College London, and Camden Council, saw air pollution detectors fitted to a driver, a bus user, a pedestrian and a cyclist using a busy route through central London. 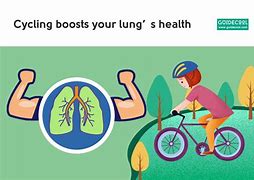 Cycling raises your heart rate and gets the blood pumping round your body, and it burns calories, limiting the chance of your being overweight.

As a result, it’s among a selection of forms of exercise recommended by the NHS as being healthy ways to cut your risk of developing major illnesses such as heart disease and cancer.

New evidence was presented in the form of a study conducted by the University of Glasgow(opens in new tab), earlier this year.

Researchers studied over 260,000 individuals over the course of five years – and found that cycling to work can cut a riders risk of developing heart disease or cancer in half. The full study can be read here.(opens in new tab)

Dr. Jason Gill of the Institute of Cardiovascular and Medical Sciences commented: “Cycling all or part of the way to work was associated with substantially lower risk of adverse health outcomes.” 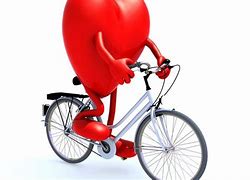 Many of the upshots we discuss when we talk about the benefits of cycling are exercise related. Reckon it might be easier to just go for a run?

When scientists compared groups of exercisers – long distance runners and cyclists, they found the runners suffered 133-144 per cent more muscle damage, 256 per cent more, inflammation and DOMS 87 per cent higher.

Whilst cycling is less likely to result in an overuse injury, they can still crop up. A professional bike fit is a good idea – skimping here is a false economy if you end up spending more cash on physio.

The lack of weight bearing also means that cycling does not do as much to increase bone density as other sports – so it’s a good idea to add a little strength training in to your programme. 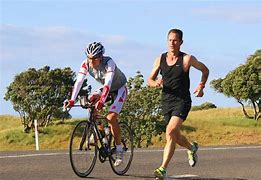 Get in the car, sit in traffic, queue to get into the car park, park, pay to park, arrive

Walk to bus stop, wait for bus, complain about bus being late, get on bus (pay), watch as it takes you round-the-houses, arrive, about half a mile from your destination

Get on the bike, filter past traffic, lock the bike, arrive

Short journeys contribute massively to global pollution levels, and often involve a fair amount of stationary staring at the bumper in front. Get on the bike, and you’ll save on petrol or cash on public transport, as well as time.

In the world of car sat navs and Google maps, sometimes there’s just not that much incentive to sharpen your natural sense of direction (however superior or otherwise it may be).

Most of us know that sex is a good thing, but not everyone knows that it’s actually good for your overall health. In fact, regular sex could indeed prolong your life.

Dr Michael Roizen, who chairs the Wellness Institute at the Cleveland Clinic, says: “The typical man who has 350 orgasms a year, versus the national average of around a quarter of that, lives about four years longer.” Similar findings were revealed for women.

So can cycling improve your sex life? Well – it builds some rather essential muscle groups. Dr Matthew Forsyth, urologist and keen cyclist from Portland, Oregon, commented: “All these muscles [worked on the bike] are used during intercourse. The better developed these muscles, the longer and more athletic intercourse will be.”

Add in that – thanks to spending plenty of time showing off all the lumps and bumps in skintight lycra (and occasionally double-oh-AND-seven) – cyclists tend to be fairly comfortable in their own skin, and you’ve got a recipe for success.

It probably isn’t rocket science that tiring yourself out on the bike will improve your sleep(opens in new tab) – but now it’s been proven.

Researchers at the University of Georgia(opens in new tab) studied men and women aged 20 to 85 over a period of 35 years, and found that a drop in fitness of 2 per cent for men and 4 per cent for women resulted in sleep problems.

Dr Rodney Dishman was one of the lead authors, and commented: “The steepest decline in cardiorespiratory fitness happens between ages 40 and 60. This is also when problems of sleep duration and quality are elevated.”

Looking for causes behind the link the scientists suggested it could be a reduction in anxiety, brought about by exercise, that elevates the ability to sleep.

Exercise also protects against weight gain with age, which is another cause of sleep dysfunction.

Exercise has been repeatedly linked to brain health – and the reduction of cognitive changes that can leave us vulnerable to dementia later in life.

Improved blood flow is good because the red stuff delivers all sorts of goodies that keep us healthy – and the study concluded that we should cycle for 45-60 minutes, at 75-85 per cent of max ‘hear rate reserve’ (max heart rate minus resting heart rate) four times a week. Nothing stopping you riding more, of course.

Cycling isn’t just about raising your heart rate and getting you breathless – unless you’re doing it on Zwift. There are technical elements – climbing, descending and cornering all teach you to use your body weight to get the bike to go where you want it to.

Gaining the skills to manage these technical elements can provide a massive confidence boost – especially when you start to see improvement. Plus, you might just find your abilities to manage that dodgy shopping trolley with the wonky wheels greatly improves.

15. GROW YOUR SOCIAL CIRCLE THROUGH CYCLING

Cycling is an incredibly sociable sport. Grassroots cycling revolves around cycling club culture – which in turn revolves around the Saturday or Sunday club run: several hours of riding at an intensity that enables easy chat, interrupted only by a cafe stop (or the occasional puncture).

Joining a cycling club or group is an excellent way to grow your social circle, and if you’re new to riding – you’ll probably find all the maintenance and training advice you may have been looking for there, too.